I kept straight ahead trailing in his wake, in footsteps he and multitudes of others, human and nonhuman—the rats, the roaches, the pigeons—left behind on that sidewalk…some dancing, some not, on my way home. That summer, my dance of love for all life on earth, began.

In the summer of ’69, while everyone was at Woodstock, I was climbing out of my family’s humble gene pool with the sole purpose of slipping my soul into Gucci shoes and Southampton weekends.

A decade later, I was desperately shaking the sand out of my Guccis, tossing them to Goodwill, and praying I would eventually have the guts to walk away from my stifling and lonely success.

Monday morning, July 25th, 1983, still business as usual. As usual, I brushed past the reception desk to meet a copy deadline in my office. But that morning, Sally, the 19 year-old summer intern with the bushy carrot hair, whiter than white skin, and blue eyes bulging full of great expectations called out to me from behind her desk. 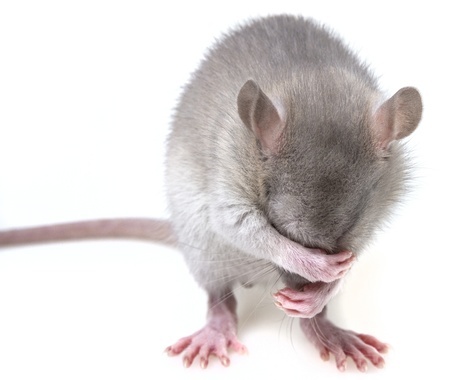 “Hey, Jane, I got tickets to see Bowie tonight, can’t find anyone to go with me, wanna go?

“Yeah, David Bowie’s at Madison Square Garden, tonight. I got two tickets way up in the back bleachers but I promise you we’ll be in the front row.”

“The skinny androgynous looking guy with the glam rock makeup and orange hair? Well… I was planning on jogging after work…okay, I’ll go.”

I couldn’t refuse. The self-help class I was in that summer was about moving out of comfort zones, getting unstuck, engaging with humanity and the rest of life.

And I was curious to see if Sally was actually delusional as I thought her to be, or was she in fact in possession of a power that could get us to the front row with backseat tickets…yeah, right.

We left the office a little too late after six, racing for the subway. Rushing through the doors at the Garden, I remember whooshing past the guards, down past the rows and rows of frenzied feminine voices, and ending up smack front row center. Being invisible worked out real well for Sally and me that night.

I was acutely aware of thousands of arms moving the air around us, bodies pressing against mine, sweating their heat into me. Like being scrunched in the stinking subway at rush hour, except here we were fearless.

Standing strong near the foot of the stage, I look up to see this amazing prince of Light gyrating his song, “Let’s Dance.” My entire body only had eyes for him in those six whatever timeless minutes of his invitation to dance.

With unrelenting abandon, my right arm—as if it had a mind of its own—flew out ahead of me, a stiff arrow pointing directly at Bowie as my mouth thrilled me with surprising shouts of, “Heil! Heil! Heil!”

Every “Heil!”—an old German greeting originally meant to simply wish someone well on their journey—had Bowie looking for the source of his distraction. It worked. He found me at his feet, swept up to him by the tide of undulating carnivorous arms missing him with every wave.

The dance song over, Bowie walked to the back right corner of the stage where he stood while Earl Slick, his lead guitarist played solo.

With Bowie’s crystal clear eyes on mine, I saw, “I love you” ripple from his mouth onto the etheric, blue stream of his slow, soft kiss flowing across the stage into my heart. I held it in, and breathed out my own “I love youuuuuu” all the way back at him. Upon impact, he slid into the shadow at the side of the stage.

Next morning, I swore to myself that we would meet again, only privately.

The following summer after work, I was walking west toward Madison Avenue on the south side of East 76th street. I was glad the street was quiet and empty. No one would see my face smudged bare by makeup already vaporized into molecules thickening the hot, humid air over Manhattan.

You got it. There’s Bowie coming around the southwest corner of Madison onto 76th Street, towards me. He, too, is wearing no makeup. Our bodies do a slight jolt at first sight. Our eyes immediately connect. Our pace slows down drawing us closer, never missing a beat—our eyes looking into, not through, the soul coming toward us.

We were witnessing each others existence. Without a thought, without the slightest curve of a smile, or grimace, or hint of emotion, or denial, or acknowledgment…or control to distance us. We just were.

We came so close our hands could have reached out and touched— but that would have been redundant—before he turned to slip through the revolving door of the Carlyle Hotel just as I was walking past that door without turning my head, without batting an eyelash.

I kept straight ahead trailing in his wake, in footsteps he and multitudes of others, human and nonhuman—the rats, the roaches, the pigeons—left behind on that sidewalk…some dancing, some not, on my way home.

That summer, my dance of love for all life on earth, began.