Having been brought up under the oppressive rule of the Roman Catholic Church, I was recently surprised to learn that anima is Latin for ‘soul’. In the traditional language of the Church, animals are attributed to having souls. Wonder if the Church knows this. 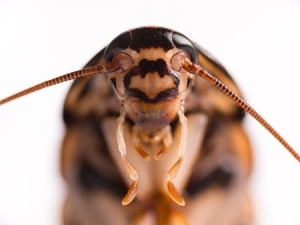 Isn’t it romantic to know that a cockroach has a soul according to the Church? And that according to Science, it (s/he) is connected to us in a unified field of energy? And that in Buddhism, a universal love keeps us all linked together? We can no longer deny this distant relative as being an integral part of us anymore than we can forget that we are animals.

During my years on Madison Avenue as a copywriter, I could not shut my mouth in front of clients about the arrogance of humanity to regard us as a superior species based on human-centric definitions of intelligence.

Our name, Homo Sapiens, translates as wise and intelligent, yet, we may not have the smarts to make it past our 250,000 more or less years of Homo Sapiens existence. Yet, the cockroach has brilliantly thrived for the past three-hundred-million years. It was already here seventy million years before the dinosaurs, and it has barely needed to change since the birth of the species. It’s immortal compared to us. And in its own way, far more savvy than us, and possibly more spiritual.

Feeling hopelessly deprived in the ad business, I went to school after hours to learn about our mind-body-spirit connection and the healing affects of acupressure, energy therapy, hypnosis, and a few alternative methods the American Medical Association is lobbying to incorporate as their own. I also learned how to deepen my intuition, channel entities as a medium, and enhance my physical and mental telepathy.

After certification, I weaned myself off of Mad Ave and began my practice as an energy therapist for human and on occasion, non-human animals, and later as a medium—a telepathic go-between for humans and those ‘on the other side’.

During a session, the encoded energies—or souls—of my client’s three deceased dogs unexpectedly came into the room. Their presence was apparent to my client as well. The detailed verbal information that channeled through me off the tip of my tongue from the dogs was confirmed accurate by him.

For a long time I kept this particular talent under wraps. Following my heart’s desire to serve as a pet medium—speaking as the animal in first person—to help close the communication gap between human and non-human animals was not an option I would have given myself back then in the late eighties for fear of ridicule. That was then.

My passion for animals combined with excruciating pain in witnessing the treatment of them in our country and all over the world pushed me to take action. I had to completely come out of the closet to serve animals.

And so I did. I became an in-your-face animal rights/welfare activist. At the same time, I quietly founded TalksWithPets as a means to open up dialogues between people and their animal friends for the purpose of deepening understanding between them. It was a small step, but a good starting point for people to experience the depth of their animals’ inner life as something beyond their cute looks.

As people responded to the unique intelligence and wisdom of their pets, some eventually stretched their hearts and minds to include all animals tame and wild as worthy of respect. Most did not.

I soon discovered that understanding through the intellect is not the best route to compassion and true awareness.

Understanding is a whole body experience.

TalksWithPets evolved into AnimalSelfEpowerment linking us to the subliminal place within our own animal selves. The silent, non-thinking, universal state of mind within our whole body is where we commune with animals and all of nature on an equal and inspiring level. Where we know and feel what they’re feeling; physical telepathy, whole-bodied empathy, animal communication–call it what you want–extended through every relationship in our lives.

When we venture deep beneath the surface of our minds into our animal essence of knowing like an animal that we are all connected beyond the superficial separation of species, we have the breadth of compassion and acceptance to respect all life.

We are waking up as the truth behind the self-serving illusions we have created for ourselves can no longer be denied. We’re enlightened enough now to know that human suffering cannot end without our putting a stop to our collective heinous treatment of other species, including the earth.

It is no longer okay to call ourselves, spiritual, and declare that we are compassionate as we sink our teeth into our avian relative’s breast.

We are still as a species, those children we read about who torture animals and grow up to murder humans. If we weren’t, there would be no wars.

We spiritual people are glib. To bring the ‘unspiritual’ lost sheep into our enlightened fold, we remind them that we’re all one, omitting whenever convenient that ‘all’ includes all life, not just all humans.

All Won. That is what we could be striving for. A win/win for Mother Nature and all her children. S/he has no favorites, no chosen ones s/he calls, ‘Lightworkers.’

We pride ourselves on thinking that compassion, meditation, empathy, telepathy, praying, envisioning, manifesting dreams, memory, remote viewing, astral travel, and various other psychic and healing abilities are ordained human traits, that a few animals here or there proven to exhibit these traits are humanlike flukes. We don’t have a copyright on any of these traits inherent in animals and all of nature. Besides, it takes our animal self, not our human parts, to access these traits within ourselves.

The most spiritual aspect of being human is being an animal. Every trait we consider spiritual is animal, not human; like an animal, feel, know, in every cell of your body that this is true.

Abe Lincoln said we cannot be whole until we have mercy for all creatures.

I add that we cannot have mercy for all creatures until we first whole bodily embrace one bare, beautiful fact: All Life is Spirit having an experience.

Once I was asked to do energy work on a miniature pony with a shoulder injury. I will never forget that magnificent wonder. The moment my hand touched the pony’s chest, the magnitude of compassion coming from that sweet heart was so overwhelming my lungs were too small to breathe it all in. Spirit in equine clothing s/he is.

Whole body awareness is prevalent in every animal, in all of nature. And it takes this kind of animal instinct to guide us through our bodies (brain and heart included) into becoming the fully realized enlightened beings we strive to be.

It doesn’t take a cockroach to know that.