Listed with permission from Equestrian Trails

Recently, I communicated with an aspiring endurance horse who refused to endure his female human on his back. For privacy sake, let’s call him ‘George’ and her, ‘Susan’.

Aside from telling me that that his lower spine hurt and shot pain out to the top of his left haunch, George said that he did not want Susan on his back, period. 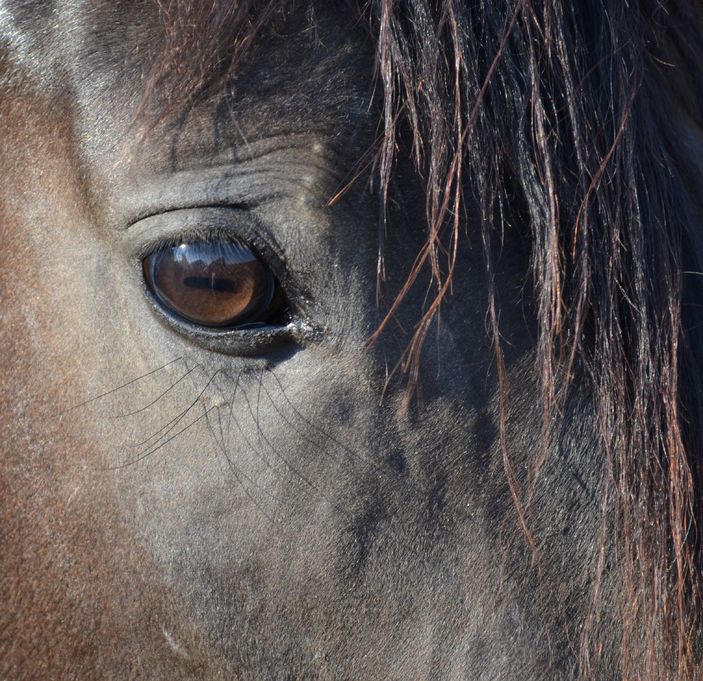 During the phone session with Susan, I sensed that she also had pain in her lower back and top of her left hip. I asked her if this was true. She said, yes.

I told her that George was a great gift for her in that he wanted only a confident human on his back. He had enough fear of his own. He did not want to take on hers as well.

Susan’s passion to ride George combined with his nasty attitude toward her, forced her to reckon with her feelings of insecurity, a possibly psychosomatic cause of her lower back pain.

Neither horse nor human felt safe with the other in the case of George and Susan.

Usually, when a horse is as headstrong as George, our habit is to use various methods to subdue his self-expression. Fortunately for this particular horse, his human respected his opinions as being as important as her own.

George’s refusal to enable Susan in her fear by accepting her on his back was a powerful gesture for her that could easily have been regarded as a major detriment had she not been interested in his total well-being, including her own.

After several chiropractic adjustments for George, and Susan’s new routine of deep-breathing through fear, and her commitment to positive self-talk, you can now see them riding together into the sunrise almost any cool California morning.

If it had not been for this particular horse’s power in affecting his human, Susan would not be riding in her own power now. They would both still be stuck at the stable frustrated with one another and their back aches.

Like all of our pets, horses have unique strengths that we are just now beginning to realize.

Horse power or any pet’s power, when recognized and appreciated by us, not only enriches the lives of our pets, it can strengthen us in ways that may surprise us.