“This is the third day since our session and Rudi has not woken me up once with his shrieking barks during the night or in the morning, a first in the six years that I’ve had him! 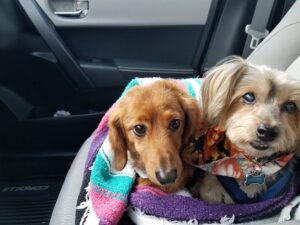 “I’m still shocked by the sudden change. It feels like a miracle.
After six excruciating years of his random barks all through the night and each morning, I finally get to sleep undisturbed all night, and wake up in peace.

“And something has shifted between us.
When I held him this morning, I felt like I was able to reach him more emotionally, also.

“The dachshund with him in the photo is Lucas, the younger dog I mentioned during the session.”

–A bank manager who wishes to remain anonymous.

“The second time I contacted Jane, it was an emergency call at night regarding Licorice, a cat who had been in a shelter for almost four years. He was hiding and not eating for days and it was getting dangerous for him as cats cannot fast . As soon as he 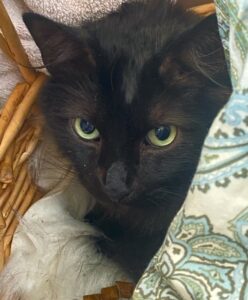 heard her voice, he came out of hiding and walked up the steps to have a good but distant view  of our phone conversation. He remained on those steps for the entire 45 minutes until our conversation ended .

“It is amazing how well Jane’s comforting energy works over the phone, and from 3000 miles way. He ate a spoonful the next day. And the next day, he ate four dishes of wet food!

“Jane gave me a lot of valuable insight about the relationship between our energy and cats. I also like that her cost is very affordable . Help and insight are only a phone call away . I wish I had known about her sooner . I have used other animal communicators that people recommended but they were way off . She really has a gift ….. Najia from Philadelphia”

–Najia is the owner of bealivinggoddess.com

“First I chose Jane to communicate with my dog because she is vegan. I cannot understand people who speak with kind and loving animals, and then turn around and eat them. Also, Jane seemed to have more depth and spirituality to her message and that also appealed to me. And I must say I was not 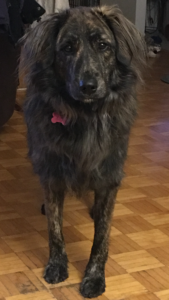 disappointed. Jane is a very caring individual, who wants the well beings of animals first and foremost. She is also very accessible and easy to talk to.

“She literally took my relationship with my dog, Mimi, to another level. I understood things about Mimi that I would never have if it hadn’t been for Jane.

“Mimi even looked at me differently after our session, as if she was thankful for my finally tending to her real needs.

“I feel closer to my dog now than I ever did before. Having helped us through a tough time with a urinary tract infection and nasty side effects from antibiotics was just the ground work for much greater and bigger things. I am so happy I found Jane and thank her from the bottom of my heart. There are just no words powerful enough to express how appreciative I am for her gift!

“This was the second time I have used Jane and her amazing gift. Jane helped to bring out the true issue with Fae, my German Shepherd, and I learned that my sweet beautiful Fae was mad about having become deathly sick by the 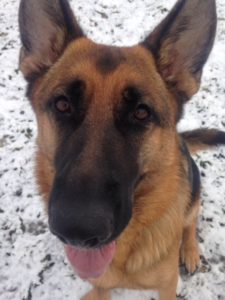 hands of a vet, and she was taking it out on me and the other dogs in our pack.

“Before the call was even done, Fae began licking my hand and looking into my eyes. She is now so happy that I understand her feelings and now I know what to do to mend this relationship.

“Jane has healed us both with her communication. Thank you for sharing your gift with the world.”

“My Aunt referred me to Jane about 4 years ago as she has had many successful sessions regarding her own dogs.
“So, when I first called Jane, I wanted to see if she could communicate with the new puppy I was going to be getting. 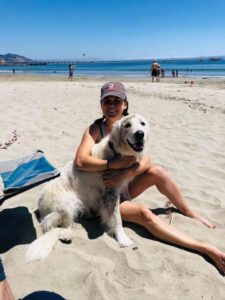 She immediately me that a dog with a white stripe down its face was coming through to her. I was confused because the new puppy was all white with no stripes, until she told me that it was a small, energetic, black and white spotted dog, and I immediately began to start crying.
“What Jane didn’t know is that a month prior to our talk, my dog Toto passed away and she was communicating with him. Jane talked through it slowly with me and said she could feel how much I loved that little dog. She mentioned things that she would have never known, like how Toto used to sit on the edge of the bed or how nervous he always was.
“Because I love my animals so much, I love being able to use Jane as a way to communicate with them. She is truly the most spectacular human, and I always feel relieved, calm and rejuvenated after my sessions with her.
“I have used Jane 4 times now and this last session absolutely blew my mind. The all white puppy that I mentioned earlier is now 3 years old, and his name is Levi. Recently we have been trying figure out why his snout is so swollen.
“We’ve been to countless emergency vet visits with all lab tests coming back normal and have been referred to a specialist. Unfortunately that specialist was going to cost us around $4,000, so I got to thinking and thought I’d give Jane a call. I opted for the 45-minute session, and we covered so much it was spectacular. When asking about Levi’s nose, she said “do you have two rugs….Persian rugs?”
“I was like, yes, and she said you need to inspect the rugs there is something not right with them and Levi does NOT like the scent and there might be mold growing. We’ve had these rugs for years. Long story short, the next day my mom got on her hands and knees, smelled the rug (which smelled disgusting) and then rolled it up, and to her surprise the rug was completely moldy. This is also where Levi lays, because it’s in the living room close to where we are.
“We have since gotten rid of the rug and Levi’s nose has slowly but surely decreased in swelling! My gosh thank you Jane for everything.
“Jane’s specialty in communicating with animals is truly one of the most amazing gifts. She is so thoughtful, kind and so down to earth. She truly is a pleasure to talk with and I would recommend anyone to her who would like to communicate with their pets. I know people are skeptical, I was at first too, but she has completely proved me wrong. Thank you again Jane for everything! You truly are a blessing on this earth, and so are all of our animals! I can’t wait until our next session!”
–Angelina Battisone, Nursing Student, Santa Barbara, CA 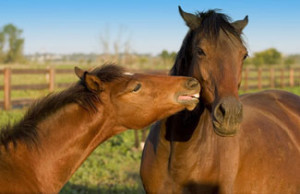 “In addition to using Reiki healing energy with success on a horse with a shoulder injury, Jane has used her tremendous gifts of animal communication to help heal mental trauma, and to help me understand my sometimes neurotic thoroughbred mares. Her messages have also been helpful in decisions for care – and even career choices of several mares.

“My racehorse, Sharpen-Up-Victor, was in a critical place; he was aggressive toward the other horses and difficult to ride. I totally credit Jane with healing his life. The jockey in “Seabiscuit” has since ridden him, and he won ‘on turf’ in Del Mar.

“Jane even helped me with my German Shepherd who sprained his wrist nearly a year before and had a very difficult time recovering from this injury.

“He was depressed, lethargic, and moved stiffly and uncomfortably. Jane used Polarity acupressure with him. Within a week, he was bouncy, more alert, and best of all he got his macho guard dog edge back.

“I highly recommend Jane Broccolo for both her gifts of healing and animal communication for helping pets heal from emotional and physical traumas.”

“Three years ago, my mom got me a phone session with Jane for my birthday. Toward the end of the session, Jane did long-distance energy work for Zorro, my 100-pound Malamute mix who had been limping on his hind leg for 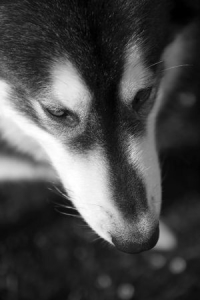 “I immediately saw a difference in Zorro, and the next day he was much better. Jane was even able to sense that energy backed up in his hips was from sexual frustration that had caused his problem; this confirmed my observation the day he hurt himself!

“Recently, I called Jane again because this time, Zorro was limping on his front leg for a week.

“Right after our phone session, his shoulders seemed looser so I took him for a short walk and as we walked, I felt my own back loosen up, releasing with several ‘pops’ the stress of the previous two weeks. My neck and shoulders had been hurting in the same place where Zorro was hurting, so this was incredible to feel the energy release in my body as well as in Zorro’s when he was the one who had received the energy therapy.

“It is now two days later and Zorro’s limp is virtually gone. He is playful and happy again. Thanks so much Jane, I don’t know what Zorro and I would do without your help!”

“The third time she woke me up in the early morning hours, I took her into the bathroom, shut the door, put her in the kitty box and told her, ‘Look… you need to pee here because if something happens to me and somebody adopts you and you don’t use a kitty box… I fear for your life.’

“She peed in the kitty box within 4 seconds.

“Then two hours later, she started her banging, bell ringing again. I took her into the bathroom, shut the door, put her in the kitty box and told her, ‘Look…you need to sh*t here…etc., etc.’

“She sh*t in the kitty box within 4 seconds.

“Then she climbed up on the bed, fell asleep on my arm till morning..
“TA DA!

“My dog Brutus suffered from hip dysplasia. After a phone session with Jane, he was transformed. Brutus became peaceful and free of pain.”